Homepage Blog Career Settling In for the Wrong Job

Settling In for the Wrong Job

As a career coach I always advise my young graduated clients to project themselves into the future when applying for jobs and actually make a five-ten years agenda to walk towards the goal.

Most of the time people tend to rush into the wrong job because it’s a matter of need, but think again; landing into the wrong job takes you away from your dream job every day. And where does your studying effort goes? – Exactly!

Sometimes the waiting feels eternal but it worth it. Now, no settling for the wrong job doesn’t mean that you will stay inactive. You have to stay active. For example, taking a volunteer job that they will pay you a symbolic salary is better than slaving yourself to the wrong employer while you are still applying for other jobs.

There are so many stories, but just to tell you one at the top of my mind:

One of my friends had a crazy experience working in this company. She was desperate to find a job so she literally took the first one that was offered to her; later on when she found out the reasons on why nobody wanted to work there and why that vacancy was empty it was too late. For her surprise; the contract was a bit weird as well. She rushed to sign it back in the time and then she got stuck in that place for five years. The contract literally said that the Employee couldn’t quit in the first three years, and that all the training and other benefits she received had to be reimbursed in the equivalence amount when quitting the job. Also in the contract said that the Employer could modify the contract without notifying the Employee any time…in between other absurd things.

My friend had to look for a lawyer in order to get out without so many problems, the case ended up in court and of course the judge granted her the freedom of walking away without further damage; but she spent so much money, time and effort to get out. Not to mention all the other opportunities that walked by while she was too busy fighting these nonsense.
Having that story as a lesson you don’t want to experience yourself, then be careful where you end up and who do you work for.

Here is a check-list of some of the questions you should ask in the different interviews:

Depending on the answers you can get an idea of the employer you will have.
If they are in a rush to get someone is either because the last person had an accident that doesn’t allow the projects to go on or because they are in the rush to fill the position after firing the #1564 person in that job position for the same year. Being prudent never hurts.
Also, remember when I said to make an agenda of five-ten years? Well… this means that you don’t have to wait for the dream job to come right away because that would be unrealistic and you have to stay optimist, instead you can work yourself up.

Let’s say that you want to be a big journalist and want to work for the best Editorials in the world, so you can start by working in a little town local magazine-newspaper and build your skills, because having skills is a natural thing but applying them into the real world when having to deal with people is a different thing. Get adapted to the way things work. Maybe isn’t your dream to speak about the local championship of chess that just happened in the park; but then again you are in need to build a path for the future. Just keep acquiring skills and never stop learning, either a foreign language or a new certificate. Nowadays you can enhance your abilities faster than fifteen years ago. If you want to get straight to the point, hiring a professional is the solutions. Our right job is to help you out and we also learn every day from people’s mistakes that you don’t want to make. 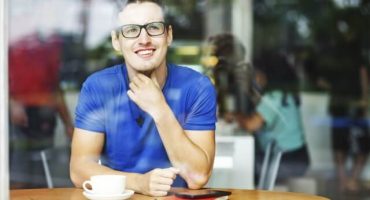 How to Grow Your Freelance Career Scholarships for students, how to find and succeed?